Every year EU pays almost €60 billion to farmers and the farming industry under the Common Agricultural Policy, making it the biggest single spending programme under the EU. In 2005, journalists from the UK, Sweden, Netherlands, and Denmark teamed up to get ahold of the data country by country. Finland, Poland, Portugal, regions of Spain, Slovenia, and other countries soon followed. In some countries like Germany in 2007, the group had to go to court to get the data, which resulted in coverage from Stern and Stern online while raising the discussion of transparency.

The meaningful demand from Farm Subsidy for each farm subsidy payment to be made public became a powerful vehicle for measuring transparency in practise. Farm Subsidy publishes a transparency index annually, benchmarking all member states on the quality of their data releases. The data from Farm Subsidy as well as the analysis and outreach of the core team have resulted in substantial improvements in EU spending journalism since 2006. A selection of the news stories generated from farm subsidy data is available.

In 2010, the European Court of Justice (ECJ) decided that individual farmers should have the right to privacy when receiving funds from the CAP. The ECJ decision has de facto enabled governments to release data of highly varying quality, granularity and consistency. 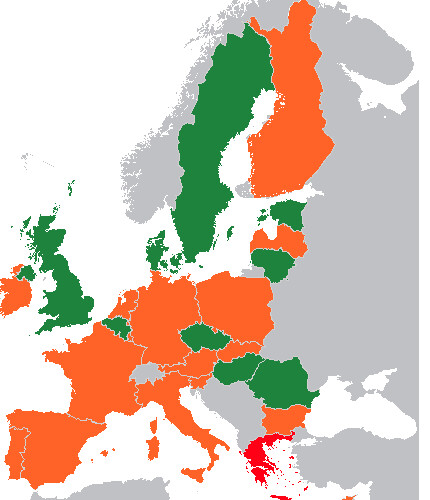 In early 2013, Farm Subsidy approached OpenSpending suggesting the two projects collaborate around the hosting of the site as well as the annual data collection. In May, OpenSpending officially began hosting the site at farmsubsidy.openspending.org.

At the annual DataHarvest 2013, the opportunities around farm subsidy investigations were covered at several sessions: