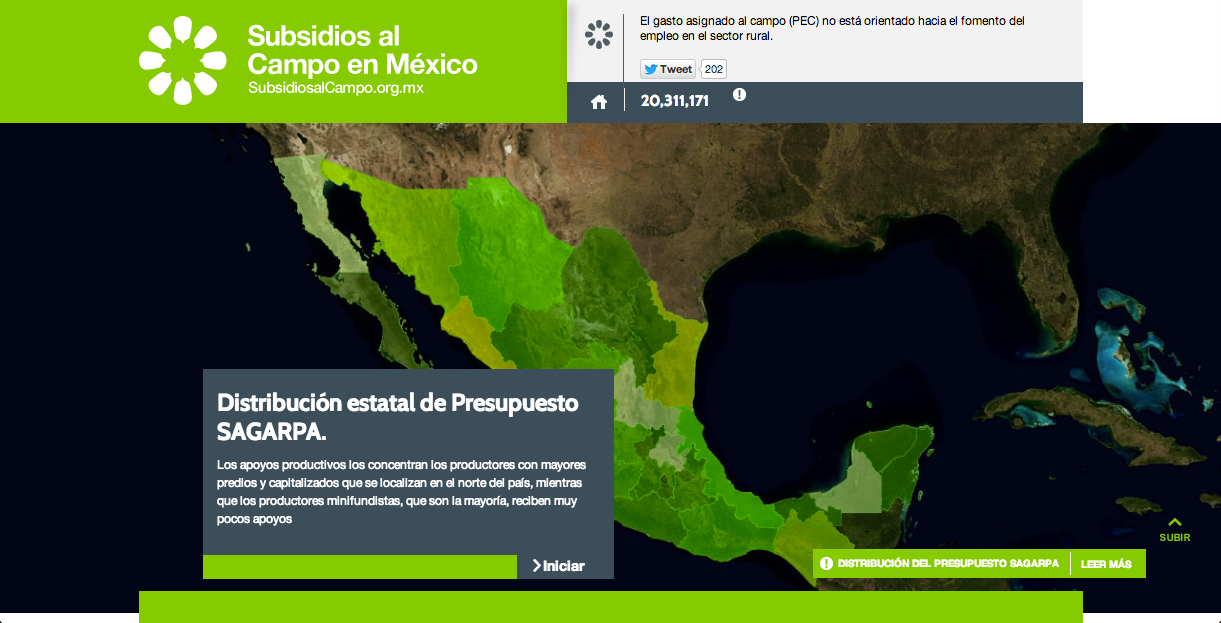 Fundar joined with two other organisations including the University of California of Santa Cruz to build the first farm subsidy database in Mexico. Fundar received some technical assistance from the Environmental Working Group, which operates the US farm subsidy database.

Fundar is currently planning to relaunch the database with a new interface and new features. One part-time consultant and two developers are working on the database, which is strongly prioritised by the organisation.

The farm subsidy database has seen substantial use from journalists using its various search functionalities. During the last federal election, the database became an important source for both local and national media outlets for monitoring politicians.

Collaboration between communities working on farm subsidies in Mexico, USA, and Europe could be explored in order to share experiences on how to create useful tools for displaying and analysing farm subsidy data.