Chapter 8 - Putting the Parts Together 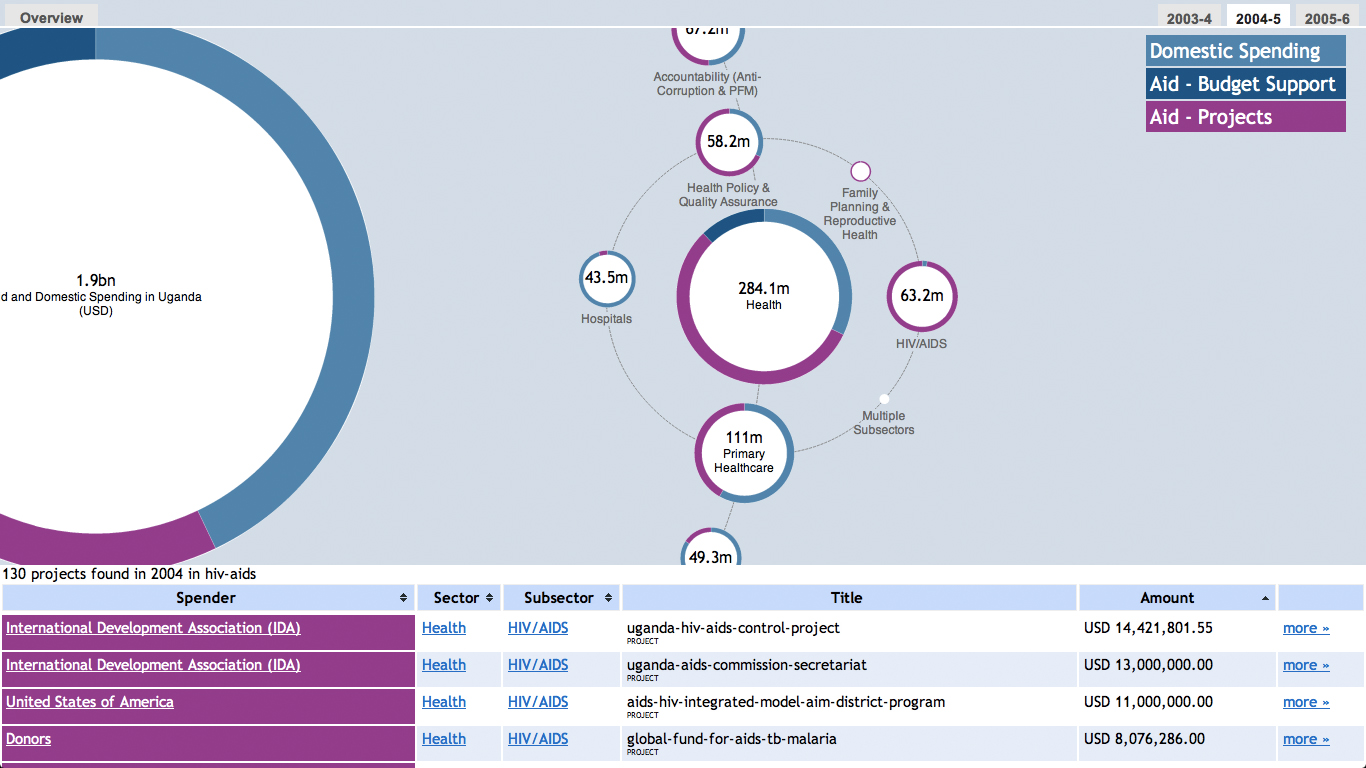 Aid flows often do not pass through a recipient government’s conventional budget mechanisms. When this happens, recipient governments themselves may not have the complete overview of where aid money goes and how donor priorities align with their own. This information is vital for governments and aid donors to be able to make the best use of scarce resources.

Normally this overview is not available – leading to waste, overlap and inefficiency. The lack of comparable information means aid donors and recipient country governments can’t work together to coordinate their efforts; it decreases developing country governments’ ownership and undermines the potential for good governance and planning. Donors and governments need to know what others are doing - and crucially, what others are planning on doing - if they are to make sure that these resources are used most effectively. Otherwise, some sectors and areas will not receive enough funding, while others may have too many donors involved.

This project was an effort to combine two key types of fiscal data - revenues from aid and spending information - and present them together in an informative way through an interactive visualisation.

How long did the various stages of your project take to implement?

Data Collection: The first step was a huge data-collection effort by the Overseas Development Institute (ODI) and Publish What You Fund (PWYF). It took just over 6 months for the initial data collection, cleaning, and report, with a large amount of manual work by many different people. Not only did the ODI have to manually collect all this data on donors’ aid spending, they then had to map it all to Uganda’s budget. For data collection, detailed financial information was provided by the Ministry of Finance and this existing data for each development partner (or donor) was sent to them for verification, correction and completion, in the form of an MS Access database.

Data Wrangling: 6 months. This data was still not machine-readable and capable of being analysed as it was spread across five different tables. There were other problems as well, e.g. no common currency throughout. PWYF processed the data so that it was in a format suitable for importing into the Open Knowledge Foundation’s OpenSpending software.

Development: 1 man month. The Open Knowledge Foundation created the BubbleTree visualisation so that it was possible to see multiple dimensions of the data at the same time (you can see both which sectors the money is going to, and how that is broken down by type of spender - donor, project aid, budget support).

What kind of skills/resources were/are required for the projects?

The project required considerable human resources to clean and collect the data. If data had been published in a consistent and machine readable format, this would have been considerably easier.

The feedback below comes from people we asked to review the platform:

OpenSpending is an international platform which allows anyone to upload and visualise government financial data. The database already holds many international, national and sub-national datasets and the software can easily be translated into other languages. OpenSpending is open source and open to contributions on any level from the community; contributing data or code and translation are the most common activities.

A similar approach could be taken in other countries, and work currently underway on the standardisation of aid-sector codes may make this easier. In addition, possibilities of mapping IATI compliant aid data onto COFOG compliant budgets are being researched, although more granular standards may be required in order to accurately represent the data[1]. If standards were widely adopted, this approach could be replicated.

To extend the project further and make it even more useful, the following are needed:

Possible further areas for exploration and development of the platform:

Thanks for input from Mark Brough

[1]COFOG, which was designed specifically to describe the activities government undertakes, is an appropriate starting point to examine alignment between recipient budget classifications and existing international aid classifications. COFOG represents country sector and administrative classifications fairly well at aggregated levels, but at the lower levels tends not to disaggregate the functions of government in the same ways or to the same degree that many governments do‘ (Moon and Mills, 2010).
Next »