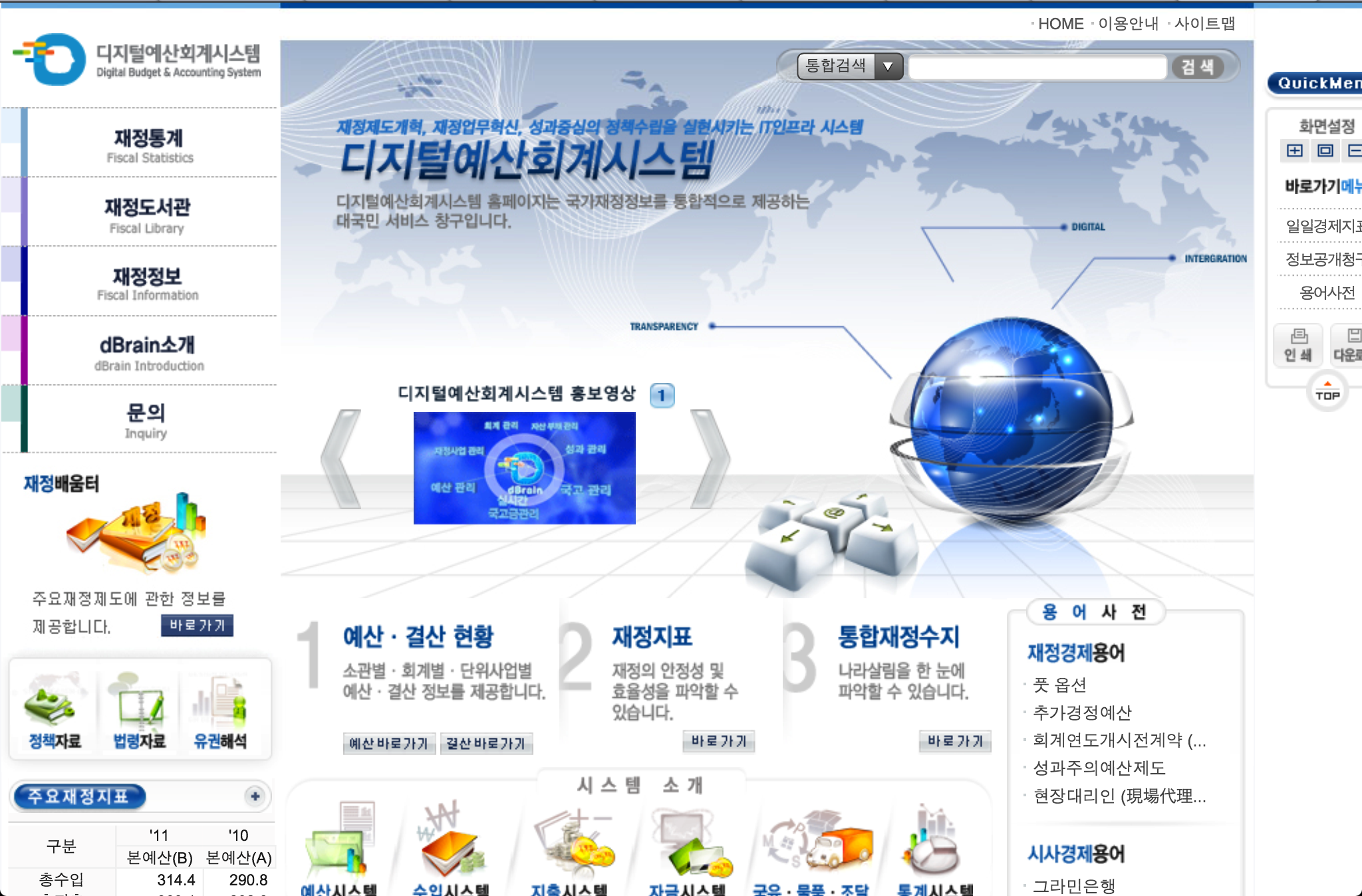 The top-ranking e-Government nation according to the e-Government Development Index and UN Global E-Government Survey was the Republic of Korea. Korea’s solution for a public facing Digital Budget & Accounting System (DBAS - or nicknamed D-brain), adopted in 2007, has also been making waves as a leading model of innovative digital budgeting.

More than a data portal, D-Brain is a web-based participatory budgeting system, which ensures citizens’ participation throughout the entire budget cycle from budget preparation to audit. D-Brain was covered in detail by Gigler et al. (2011) in their report ‘Technologies for Transparency and Accountability: Implications for ICT Policy and Administration’ and as such, we will not replicate the same research. A couple of key points from their research are highlighted below.

Some of the reasons for the success of the project are: